Take your meeting to the next level with Fallsview dining inspired by celebrity chefs and skilled artisans. With the ability to cater to any group, the excellent creations by our culinary team are guaranteed to please your palate. 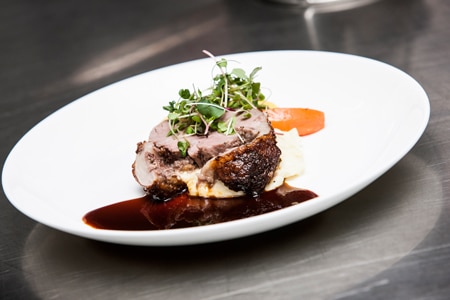 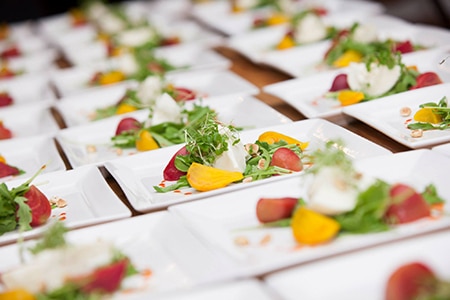 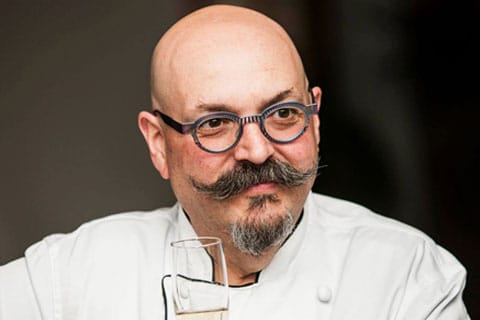 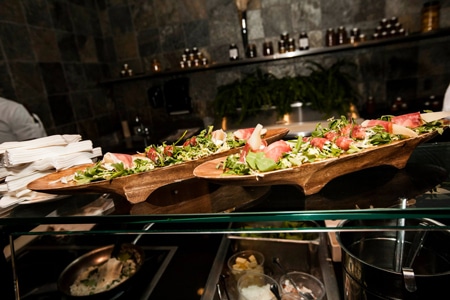 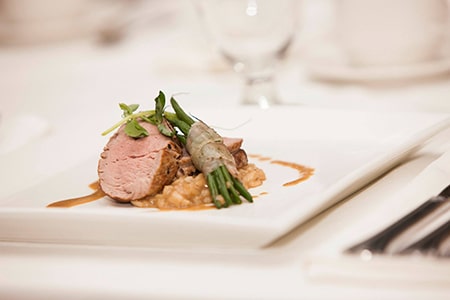 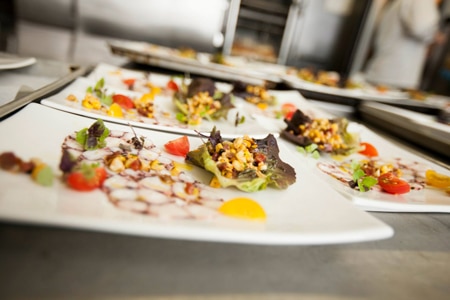 Celebrated chef, restaurateur, author and television personality, Chef Massimo Capra has earned the admiration of the culinary world with his engaging personality and epicurean flair. Chef Capra’s dedication to incorporating only the freshest local ingredients reflects his early training in the kitchens of Italy’s finest hotels and restaurants. Imagine impressing your delegates with tailored menus created specifically for your group by Massimo Capra. One of Canada’s most recognizable Chefs, Massimo can be available to make special appearances at your event.

Executive Chef Stacey Trottier has been at the helm of the kitchen at the Sheraton on the Falls Conference Centre for over 25 years. His invaluable experience and long-standing position has provided him with the pleasure of preparing meals for some of Canada’s most prestigious dignitaries. Our jovial Chef has made several TV appearances including Canada AM and Breakfast Television. A lifelong resident of Niagara, Chef Trottier brings the best of Niagara to his work, creating colourful and pleasing cuisine with the best local ingredients.

With more than 18 years of experience, Chef Tom Phuong Luu was a clear choice to step to the pass of the kitchens at Marriott on the Falls. A natural born teacher and recipient of the Leader of the Year Award, Chef Luu has developed a strong relationship with local culinary Colleges in hopes of inspiring the next generation of fine Chefs. A culinary ambassador for the Ontario Beekeepers Association, our Chef has a deep interest in beekeeping and sustainability which extends to plans of maintaining beehives on the roof of the hotel.

Chef Eray Suatac comes to Niagara from Canada’s west coast. Born and raised in Vancouver, BC to Turkish parents, Chef Suatac credits his family for his love and passion for food. Chef acknowledges nightly family meals as the foundation for his culinary career which has seen him work in award winning restaurants around the World.

Expertise, ingenuity, and passion are just a few of the sharply honed skills that Chef John Casciato brings to the culinary team at Prime Steakhouse Niagara Falls. The Niagara-born Chef has led the kitchen at our fallsview restaurant for nearly a decade and in that time has developed a team that has propelled the restaurant to be the #1 Rated Restaurant and Steakhouse in Niagara Falls. A firm believer that great food doesn’t have to be difficult, he’s shared a classic and versatile recipe that is sure to impress.

Sheraton on the Falls

Marriott on the Falls

Fallsview Buffet at Sheraton on the Falls

Massimo’s Italian Fallsview Restaurant offers custom menus to connect your group with exceptional cuisine that is perfectly tailored to their tastes. View a custom menu sample below.

Enter your email address below to receive exclusive deals and promotions from Canadian Niagara Hotels. You may unsubscribe at any time by using the "Unsubscribe" link at the bottom of our emails.

Thank you for subscribing!